Five hour drive to Berlin. Arrived at approximately 3pm. It was at the autobahn that our car broke the 200km/hr barrier. I would post photos, but I don’t want to have any incriminating evidence of any sort.

The architecture of Berlin is a little bit interesting. I’m guessing because of the Berlin Wall, there were different styles on each side as time went on. The east side seems more heavily focused on the ‘red’ Moscow-ish buildings.

Just walked around most of the day. Saw a big giant bear, an inverted ‘little Paris’ section in a mall. It was here that I met a group of travelers from Hong Kong. By meet, I mean I just followed them and acted like I couldn’t understand the language. Was particularly funny when a bunch of them had trouble ordering meat at the fancy French meat place. The staff was speaking English in a French accent trying to explain to the Chinese why they’re getting charged more while in Germany.

The Berlin wall was interesting. Apparently it is illegal to deface or vandalize the walls, but not because of historical significance. All along the wall, there are murals and paintings with the whole hippy message of one world, everyone being prisoners, love one another, etc. I saw some that were painted in 2004. I liked some of them, but others are way too abstract for a 30 second viewing experience. The rain interrupted and cut the day short.

Ate dinner at a Vietnamese restaurant which was by the train station. I enjoyed the meal and thought it was delicious and fair-priced.

At the hostel, I watched the finale of Lost. Disappointment. 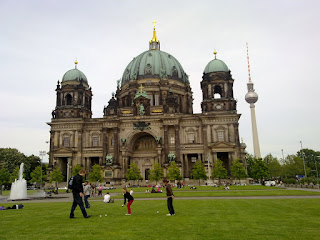 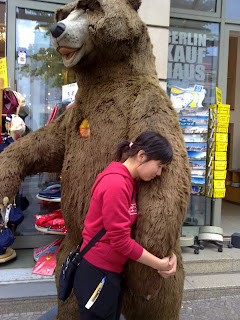 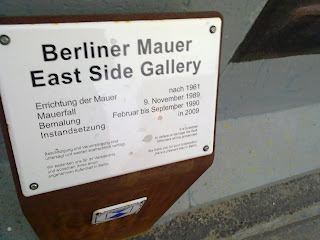 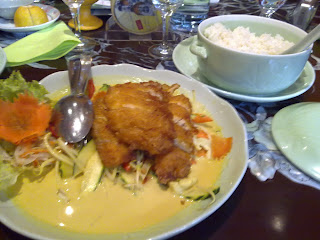