I arrived in Portugal safely after a 10 hour flight to Frankfurt and a 3 hour flight to Portugal. There were many delays due to circumstances including one which involved the Icelandic Volcano erupting again.

One of the methods I use to beat jetlag is to stay awake the entire flight. I stayed up for the first flight (which landed ~3 am vancouver time), but I dozed off occasionally for the second flight ( arrived ~8 am vancouver time due to waiting for transfer).

By the time we got to the hostel, it was around 6 pm local time. Shower was necessary because of the ickiness. Went out for din din at a restaurant about a kilometre away. 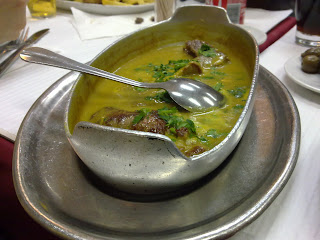 Indian Curry. Not the best, but not the worst I've had.
Beside it was a store with a lot of Hello Kitty merchandise. Too bad it was closed by the time we were done. 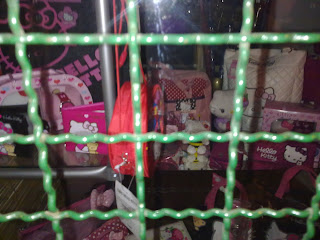 In the Portugal / German airport, there were these Camel Smoking Booths. It was an area where people can isolate themselves and smoke. Of course, it was ventilated. 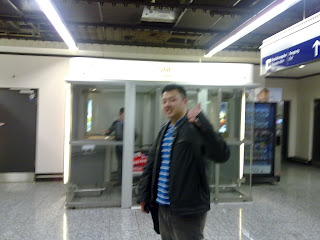 Coming back to the hostel, there's a lot of drinking involved.
Posted by Lier X Agerate at 2:46 PM

I like your blog. The trip to Spain and Portugal sonund like a lot of fun. Have a great time. See you on the other end.