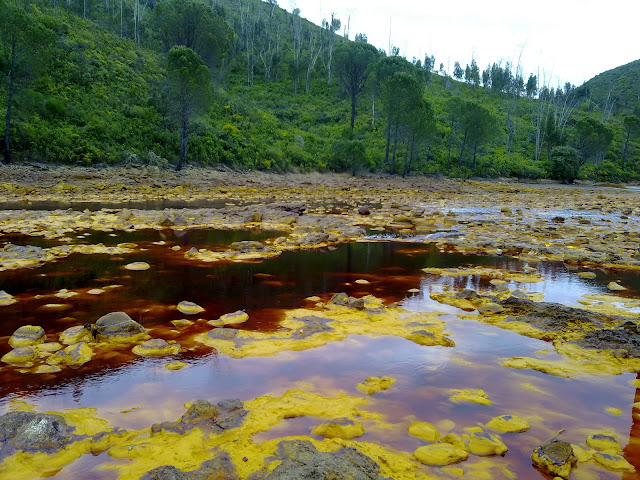 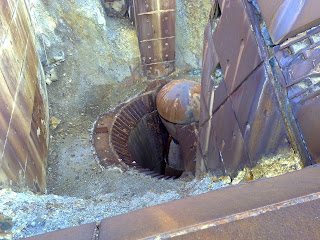 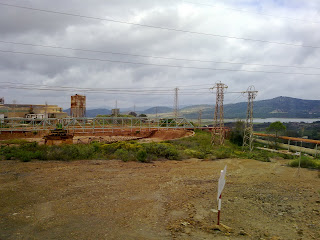 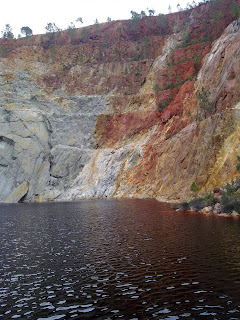 Rio Tinto. Red River in Spanish. The river is red because of the oxidation of base metals which is naturally exposed to the environment. However mining activities throughout the ages has contributed to more exposure, making the river really red.  The pH of the water is 2.52

We got up at 7:00, which was tough considering the night before. Drudged along to the bus with a small prepared meal. One of the weird things in Europe is the lack of a concept of a breakfast. Their lunch is served late and their dinner is served even later. Bah.

We got a tour of the Project Rio Tinto mine by IMED. They bought the mine along with all of the liabilities (environmentally, the previous owners were not good.) There’s still a lot of copper that can be profitably extracted, but there are a lot of concerns regarding fixing the environment and upgrading/updating the equipment before this can occur.

Went to the Mining museum afterwards. Saw the history of mining in the region. Went to a model roman mine and a restored tunnel leading to an open pit that’s filled with water. You can see the red tint in the water. After lunch (from 2 to 4) we went to take a train ride along the Rio Tinto River. Went back to the hostel afterwards. I’m going to try to find Internet now. Its been a couple of days without the Internet and I’m starting to feel a little crazy. Day 6 is a free day in Huelva. We leave for another place on Day 7.
Note: No internet : ( Went for dinner right after the attempt. Got some good old Pollos (pronounced Polos :D)